← more from
Castles In Space
Get fresh music recommendations delivered to your inbox every Friday.
We've updated our Terms of Use. You can review the changes here.

by Scarred For Life 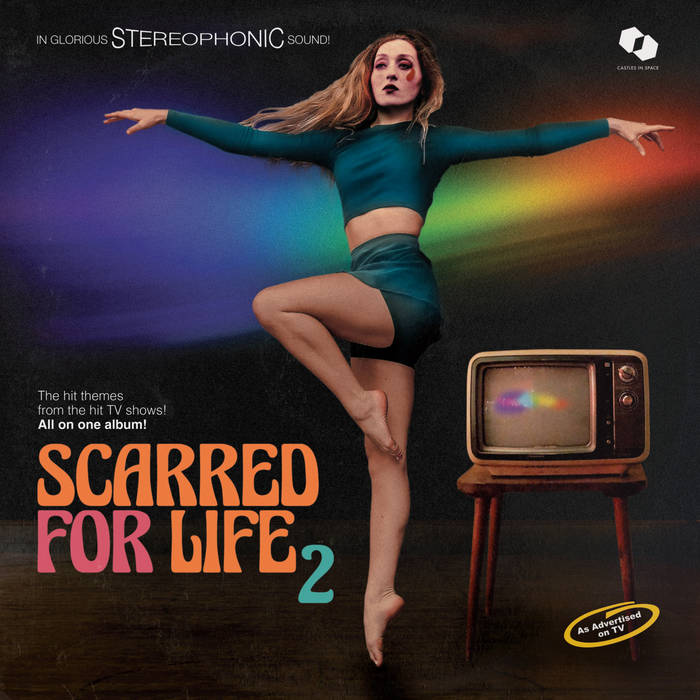 Apocalypse Devotee Being a child in the 70s and early 80s had a certain spookiness to it. Spirits seemed more readily available. I recall a homesickness which would haunt me even then, as if I were from another place entirely. Life's a mystery which childhood makes even worse, so let us revisit it in all its haunting creepiness.
Who are the "pocket pavilions"? I can find nothing more other than this one song, and it's a very good tune I really enjoy.

roblove1 Fantastic album, especially for those of us with hazy memories of Doctor Who, The Changes, Children of the Stones and terrifying public information films. Favorite track: Vic Mars - The Time Menders Return.

Trevor Lewis No offense to any of the great artists on this wonderful compilation but the opening track is worth buying the album for (and the cause of course). Pocket Pavilions is definitely a name to watch out for. Stellar stuff. Favorite track: Pocket Pavilions - The Halcyon Clock (Opening Titles).

Following on from last December’s sold out “Scarred For Life Volume One” CD and the subsequent clamour for a vinyl version, here we bring you a second volume of TV themes for the shows that might have been, or actually never were. An unashamedly hauntological deep dive into an alternative 70s/80’s where our viewing reality was slightly warped. Gauzy memories of our early interactions with the TV, long buried, but remaining in the periphery of our childhood memories...

The SFL Volume One team has been reassembled, with some significant new additions to the line-up. Pocket Pavilions, Correlations, Oliver Cherer, The British Stereo Collective, The Metamorph, Salvatore Mercatante and Apta all appear for the first time on SFL to deliver a choice array of fantastic themes.

Indeed, the selections on this LP are penned and performed by a stunning array of star talent. Each piece of music, though intended to establish the mood of the series it accompanies, is deservedly popular in its own right, with several of these tunes already having made an impression on the upper reaches of the pop charts.

From disorientating science fiction to creeping nuclear paranoia via unsettling children’s themes, Scarred For Life 2 is a record crammed with favourite tunes from your favourite programmes, so unrest assured that these pieces will not only give you many hours of listening pleasure but will also provide a lasting memento of your individual choices in the world of TV.

It is often the case that sleeve notes which say that a record has something for everybody are guilty of slight exaggeration. This time, however, it happens to be the literal truth.

Profits from this record will go to support the work of The Alzheimer’s Society.

See you next year..?

Bandcamp Daily  your guide to the world of Bandcamp

Frayle's Gwyn Strang and Sean Bilovecky join the show to talk about their cathartic new album.